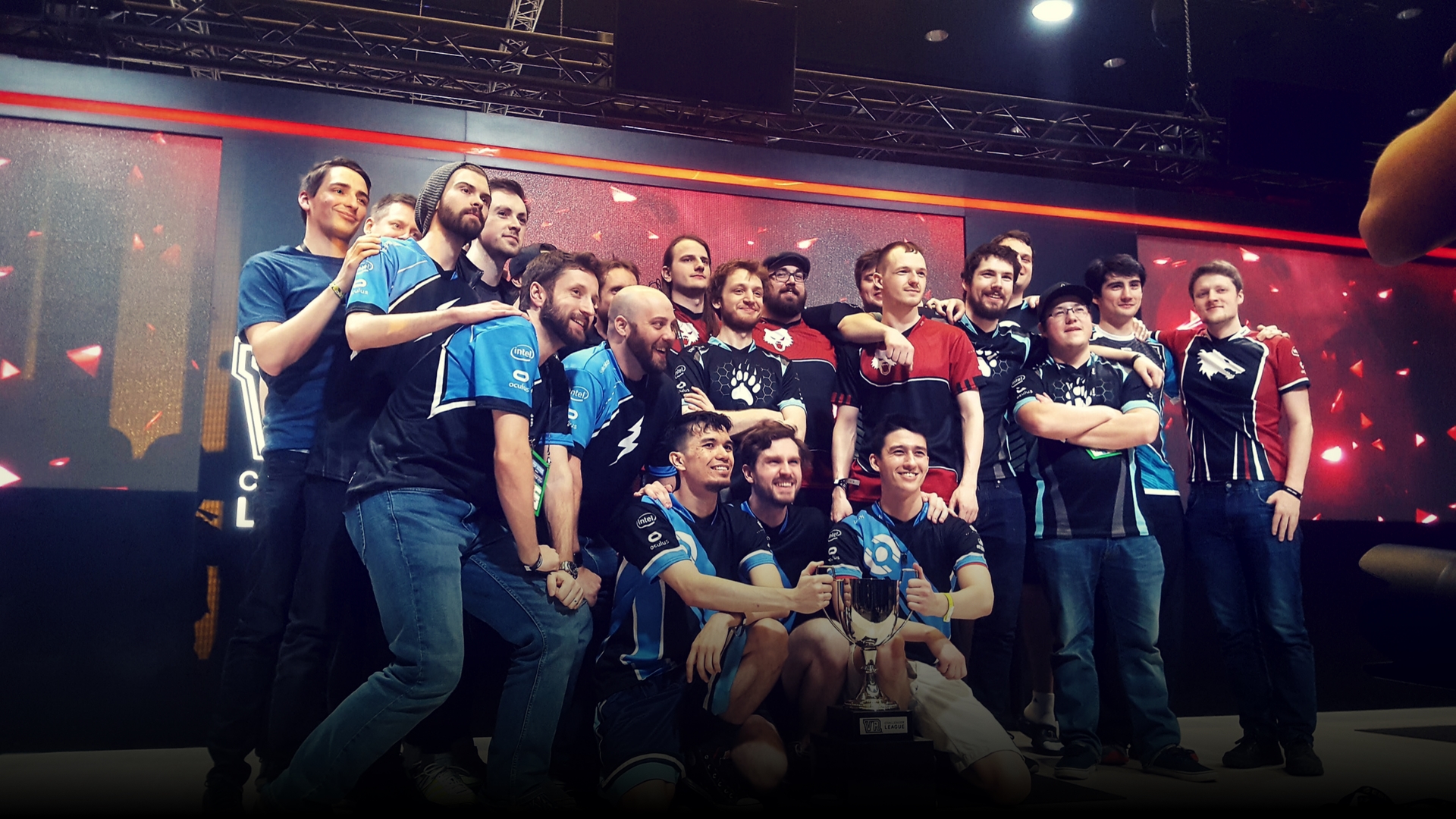 ​Held at IEM Katowice (biggest gaming event in the world) ESL took the top 8 Echo Arena teams from both EU & NA to battle it out in order to find the best of the best.

After a major upset on day 1 with Team Gravity finding a 2-0 win against the favourites Eclipse (#1 in NA), things started on a major high for the players. However, due to technical issues affecting all teams it was later decided by Oculus that the whole tournament was to be reset.

The following day  teams stepped up for what would be a 12 hour marathon of games to decide who would take home the title of worlds best.  Starting off, Team Gravity having dealt with the impact of the reset the following day lost out to Eclipse in the first round by 1point.

From here Gravity were able to hold on in the losers bracket by taking a reluctant but decisive win over DING from EU.

Following this they then went on to play Phangasms, the #2 NA team. After a close back and forth in games 1 & 2 it ended in game 3 with a 17 - 4 blowout by Team Gravity.

The journey however did come to an end against NA team Kangorillaz, after 2 low scoring matches Kango were eventually able to edge out Team Gravity.

In the end Team Gravity placed #4 in the World & #2 in Europe, solidifying their position as one of the top EA teams on the planet.