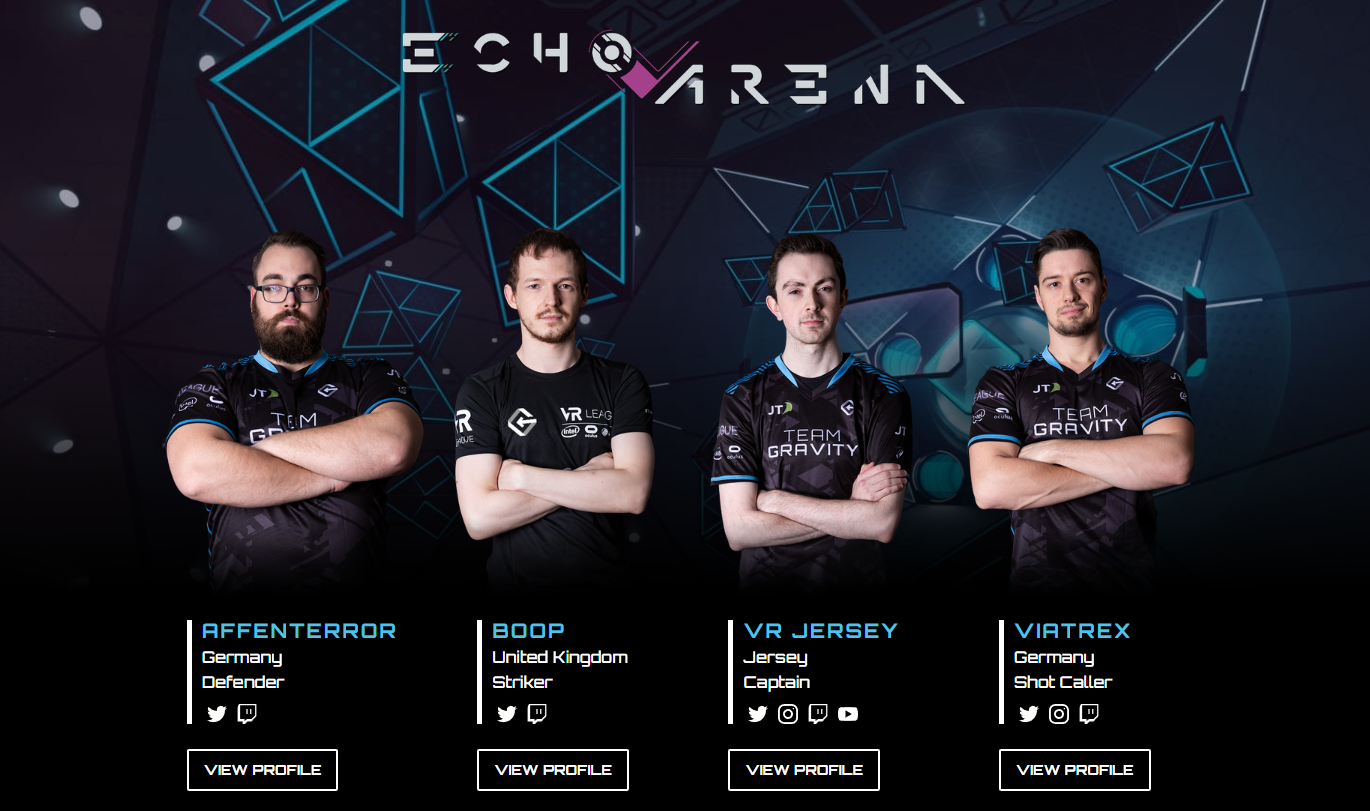 As our Echo Arena (EA) team comes away from invitationals last week and moves into preparations for qualification to the World Finals at OC5 we have decided to make some changes to the team lineup.

Given how fast EA has developed as a sport in such a short period of time it is no surprise that the meta and required skill set to compete at the highest level has changed dramatically over the last 6 months.

With this in mind we are very sad to announce that we are saying goodbye to MartinThe3rd as an echo arena player. However, as one of the founders of Team Gravity, Martin will continue to have involvement within the club and we hope to see him competing for us again at some point in the future.

For us as a team this was a very hard decision to make, over the last year Martin has been a key player throughout both Season 1 and Season 2, on and off the pitch. We are sad to have to say goodbye but as a team we want to continually strive to be the very best at what we do and we believe that although not easy, this decision will help us achieve that goal.

However, every grey cloud has a silver lining.

We are happy to announce that our replacement player, and best friend with resident striker Viatrex... Affenterror has officially joined Team Gravity.

Afenterror is known throughout EA as one of the best keepers in the world across the pitch, from playing up the field to saving any shot you throw at him back in goal. Having placed 2nd at IEM World Finals with Jacks in 2018 and 2nd with Blast at the invitationals last week, Affen is without a doubt one of the very best players in the world.

With long time bromance between Affen and our very own Viatrex already well known in the EA community it is no surprise that we feel that through a combination of ability, strategy and team synergy we think we can take it all the way.

Although this decision was not an easy one to make for us we feel that it is one that will push us to our absolute limits and help us truly achieve our goal of competing as one of the top teams in the world.