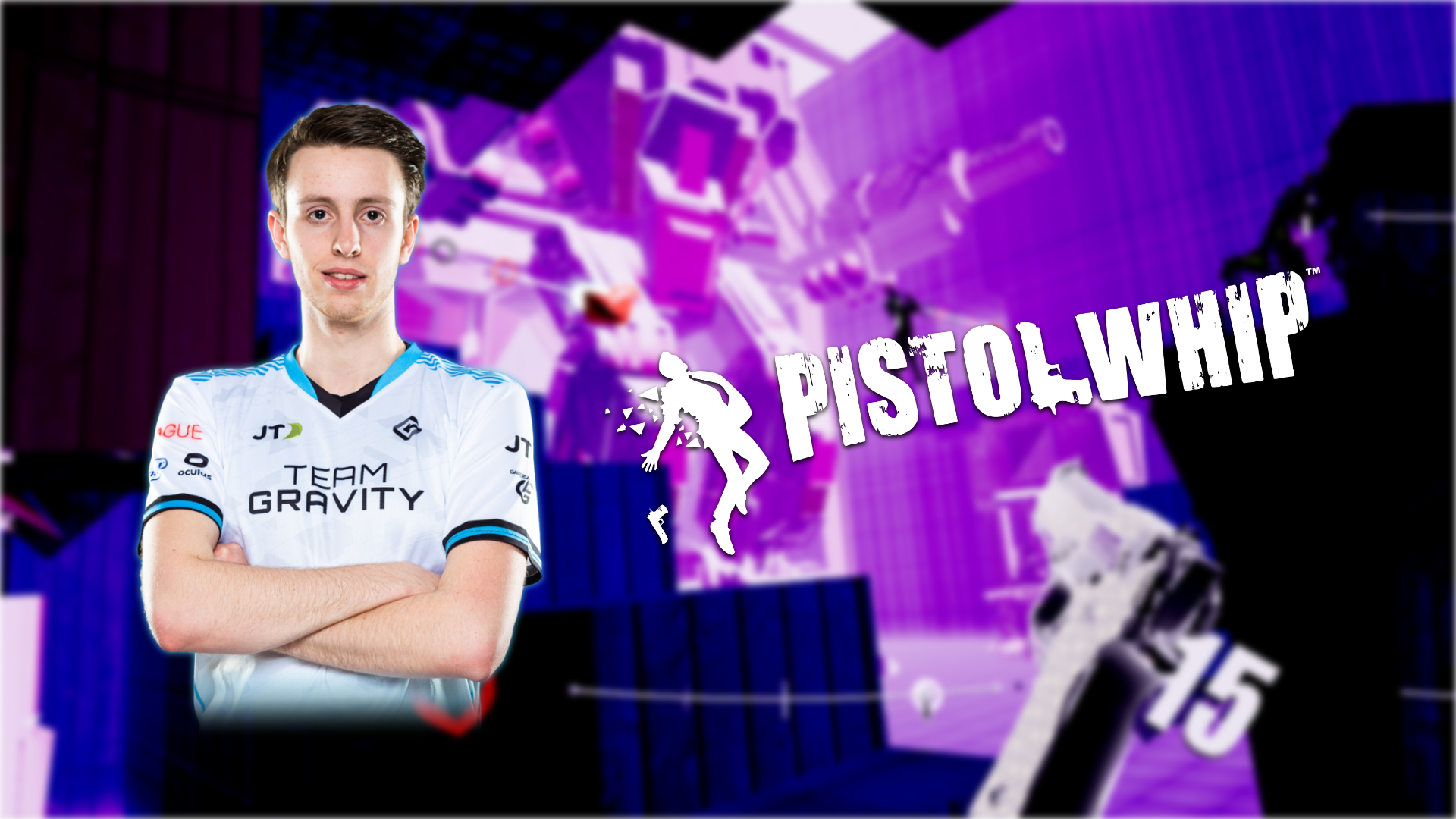 The VRL.GG Pistol Whip Europe Cup kicked off today with week one which consisted of three rounds. Participants had up to half an hour to play, record, and upload their high score on three separate maps. Levels were played on Hard difficulty with No Mods and No Elimination (No Fail) enabled.

Team Gravity's very own Flushgogo took the first place score in every round on every map, taking home the first place victory and its associated prize: an Oculus Rift. The cup will go on for another three weeks; however, participants are only able to win the first place prize once. So, while Flushgogo does plan on participating in some of the other weeks of the cup, he will only be taking home one Rift.

I had the chance to sit down with Flushgogo to speak with him about competing in this ESL event right after he won.

‍
1. How did you feel when you heard about the ESL Pistol Whip event?

Pretty great since It allows me to get some competition in VR going again, and perhaps a chance to revisit the USA.

2. How did you prepare for the event?

Simply just trying to practice on a daily basis, with breaks here and there to let my legs rest cause there is a lot of squatting involved with this game.

3. How did you feel going into the event? ‍

Pretty confident since I had the top spot on the leader boards for 2 out of the 3 maps and second place on the third.

4. After winning round one? ‍

At that point I confirmed for myself that I got first on pretty much my worst map out of the 3 so it boosted my confidence even more.

At this point all I had to do was not mess up the last one so I was quite happy with myself.

6. how do you feel now that you've won so handily, sweeping all three rounds with first place scores?

It’s a good confirmation that the preparation for the VAL tournament is going well.

7. will you be participating in the upcoming pistol whip tournament hosted by val?

Yes, definitely. It is still terrifying since there are only 3 available spots for LAN and there’s a lot of good players participating for this. Even when getting 99.9% on maps it still doesn’t feel like I ease off a bit.

I'll probably do pretty good and get some sort of prize, the question is if I’ll do good enough to qualify for the LAN event. Which is of course what im doing my best for to attain.

Be sure to follow Flushgogo below for more competitive VR game-play.